2018 RECONSTRUCTION OF THE FILM “LE LUNGHE LINEE” (THE LONG LINES)

Piero Manzoni worked with the SEDI newsreel company to make at least four films to be screened in cinemas ahead of the feature. This one, Le Lunghe Linee (The Long Lines), filmed in the Azimut gallery in 1959, is conserved at the Istituto Luce Cinecittà but without the soundtrack. In 2018, the text that accompanied the original newsreel was found and the Foundation commissioned the director Andrea Bettinetti to add the soundtrack (voice and music) in the style of the other films. In view of some international projects, subtitles in English were added. 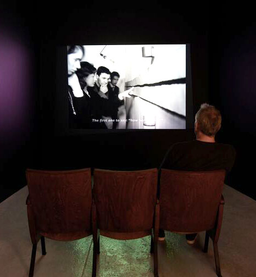 Screening of the film Le Lunghe Linee (The Long Lines) 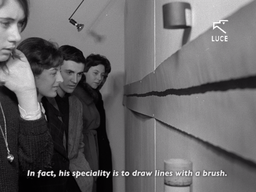 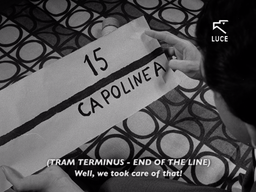